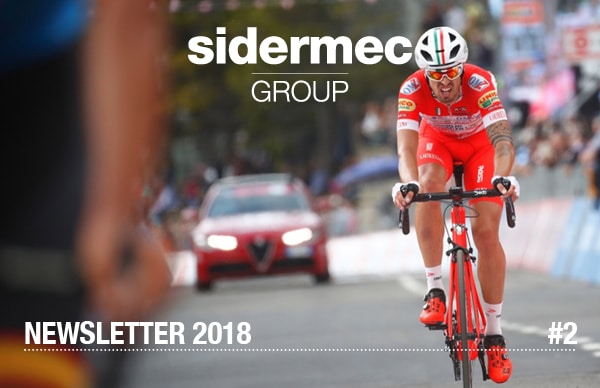 This year, we have once again decided to support art and in particular the theatre maintaining the usual strong link between tin-plate and its reuse: the show’s costumes and the scenery which stem from the collaboration between our group and the SPINA theatre company are in fact created from Sidermec’s production surplus.

SPINA is a company based in Lione. Currently it is concentrating on the expressive possibilities of metallic materials, both from its plastic point of view as for its possible bright applications.

Silvano Voltolina – director and creator – and Francesco Bocchini – sculptor and scenographer – have imagined a show inspired by the dancer Isadora Duncan’s childhood (one of the founders of modern dancing and a new idea of femininity). The show, called ID +/-, wants to be a poetic reflection on concepts of nature and freedom. The premiere will be held in France, at the Scène Nationale de Sète on the 2nd of October.

As always the Artin project, now also through this show, celebrates the tin-plate properties which reveal to be rigid but at the same time flexible and therefore suitable to become multiple forms.

Watch the preview of the show: